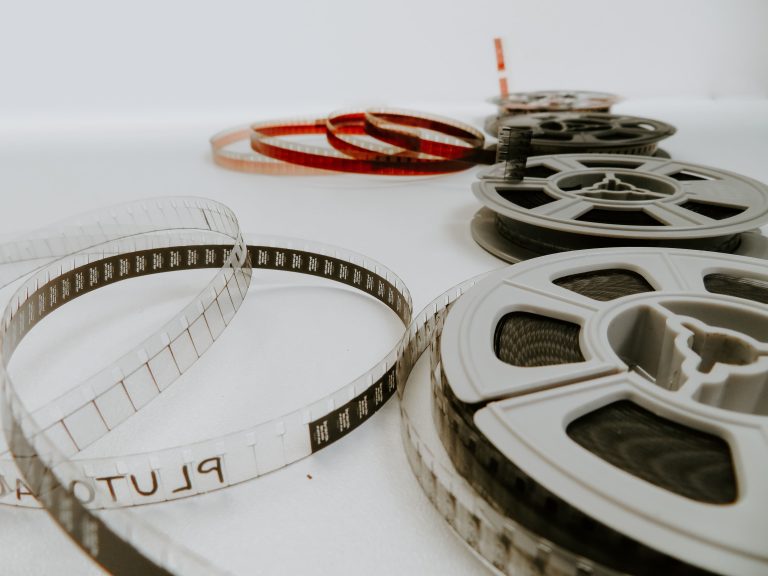 Active Youth Planet recommends the best movies and TV series to raise awareness about environmental issues to get inspired to take action! 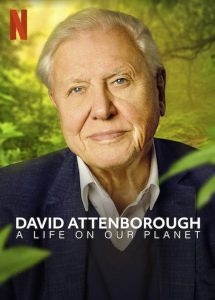 A life on our planet

Why we recommend it: one of the best environmental movies was released in 2020, represents how the world has changed over the years. The given statistic of the Earth’s human population, the level of carbon dioxide in the atmosphere, and the percentage of Earth’s wilderness remaining help understand the human’s impact on the environment. David Attenborough mentions many solutions which could help to solve environmental issues. One of the examples is to use meat alternatives to reduce the consumption of meat. After watching the movie, you would know how the world has changed over time and what could happen in the future.

The description of the movie: Natural historian David Attenborough has been travelling across the world to see different species and places. Over time, he has noticed the devastating changes in our planet, and having in mind it; he reflects his personal experience and opinion in the movie called David Attenborough: A Life On Our Planet. Even though David Attenborough told us the story of tragedy, he leaves us with the hope that we still have a chance to fix it if actions are taken. 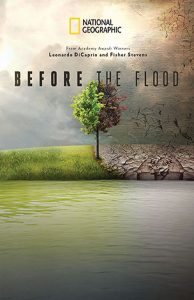 Why we recommend it: a well-known American actor Leonardo DiCaprio will show his attitude toward environmental issues and will represent why we should take action. During a movie, Leonardo DiCaprio interviews different scientists, politicians, leaders who tell us what is happening and what could happen if the action won’t be taken. During interviews with different people, scientists tell how people could help to solve environmental issues. It was said that if people would switch beef to chicken, they could help to sharply reduce the greenhouse gases. Different people’s experience, stories, and statistics will help you be more aware of environmental issues and know how you could solve those problems.

The description of the movie: In Before the Flood movie, Leonardo DiCaprio and his team travel to different places which are affected the most, from China to Greenland. Showing the effect of climate change helps us to realize the reality and how everything has changed. Every character in the movie gives essential information, which helps to understand the importance of this problem. Solutions are also told in the film. The carbon tax is suggested as one of the best solutions to reduce climate change. Even though many issues are told, Leonardo DiCaprio and other characters give advice on how we can help. 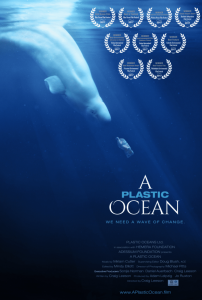 Environmental problems: plastic in the ocean

Why we recommend it: this movie shows the plastic impact on animals and people. What is interesting is that scientists show the inside of animals’ bodies and how much plastic they have eaten. Plastic in the ocean movie helps you to understand the negative side of plastic.

The description of the movie: a plastic ocean by Craig Leeson is an eye-opening movie that represents the problem of plastic. During the movie, the statistics of wasted plastic are told, which helps to realize the importance of this problem. It is shown that once plastic enters the ocean, it breaks into smaller pieces that enter the food chain, and eventually, it is consumed by us. The documentary not only shows the consequences of microplastics through different species of animals but also scientists go to islands to show the daily life of local people. People used to throw the plastic into oceans or burn it causing irreversible harm to the inhabitants. The movie concludes that recycling is the only solution. 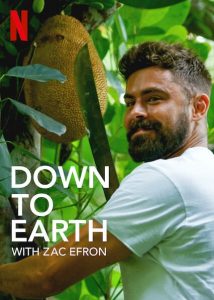 Why we recommend it: tips are given that people could easily use them and help to save the planet. Zac Efron mentions tips from drinking more water to experimenting with meat alternatives and many more. This TV series is not a good way to be educated about environmental problems but also the characters make the movie entertaining and interesting to watch.

The description of the TV series: actor Zac Efron and wellness expert Darin Olien visit different places to educate people about environmental problems. Zac Efron and other people are looking for healthier, eco-friendly alternatives for producing food, water, and energy. Those TV series are a journey of the deep self and cultural awareness as the actor explores how the world lives, eats, prays, plays, and faces problems. 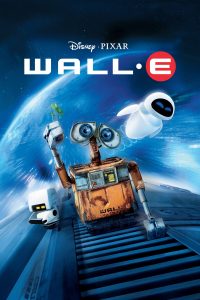 Why we recommend it: yes, this is a computer-animated science fiction movie for a whole family. But it has a powerful message behind the story of a small robot. This movie shows us a grim picture of how our planet can look a couple of hundred years later. More than 60 million plastic bottles end up in landfills and incinerators every day. If nothing changes, we can end up in this movie situation, where our garbage has piled so high and wide that there is no room left for anything else.

The description of the movie: the action takes place in the distant future on Earth. Our world has become engulfed by trash due to decades of mass consumerism. As a result, the planet has become inhabitable, and humans have been evacuated to live in space. It is a story about a small waste-collecting robot that, by accident, started a space journey that will ultimately decide the fate of humanity. 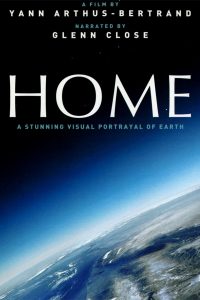 Why we recommend it: the film Home by Yann Arthus-Bertrand is a beautifully shot panorama of the Earth and the damage done to it by modern humanity. “We [humans] have succeeded in disrupting a balance that is so essential to life. In 50 years, a single lifetime, the Earth has been more dramatically changed than by all generations in humanity.”

The description of the movie: this movie talks about changes of Earth, nature, agriculture, and humans. Also, it shares statistics about climate change and how quickly it is transforming our beautiful planet into a place that will be uninhabitable. The landscape of 54 countries was shown during this film. The documentary intends to spur you to act more sustainable. At the end of the film, some guidelines were given about how we can help conserve our Home. 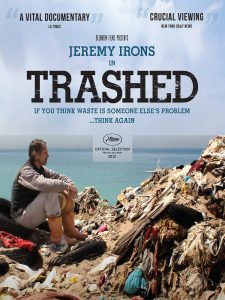 Why we recommend it: it is a journey about a world full of plastic and waste. At the beginning of it, you can find out terrifying facts about the current situation. However, when you reach the end of it, you can see a little bit of hope that there are still ways to save our world.

The description of the movie: TV star Jeremy Irons discovers the extent and effects of the global waste problem. He travels around the world to beautiful destinations tainted by pollution. We can see the risks we are having with pollution of air, land, and sea by waste during this movie. The director shows us how pollution affects our food chain, and what potential dangers are to human health. It is a conversation with many different scientists, politicians, and ordinary individuals whose health and livelihoods have been fundamentally affected by waste pollution.

All mentioned movies help us be more aware of environmental problems such as air and water pollution, waste, deforestation, meat production, etc. After watching those movies, our team was encouraged to take action and make some changes to our planet. By doing research, our team created the AY-planet department, which is dedicated to reducing the negative environmental impact on a global scale. By giving tips and pointing out the statistics, we hope to encourage others to take action and create a more sustainable world. As David Attenborough said: ‘it’s not about saving the planet, it’s about saving ourselves.’ So, let’s start changing our mindset and create a better place to live!

Want even more movies? Check out our colleagues’ lists:

This quiz will help you to know how aware you are of the environment and our impact on it.

So, take the quiz and test your knowledge!