Kaunas Pride – victory in the battle for human rights? 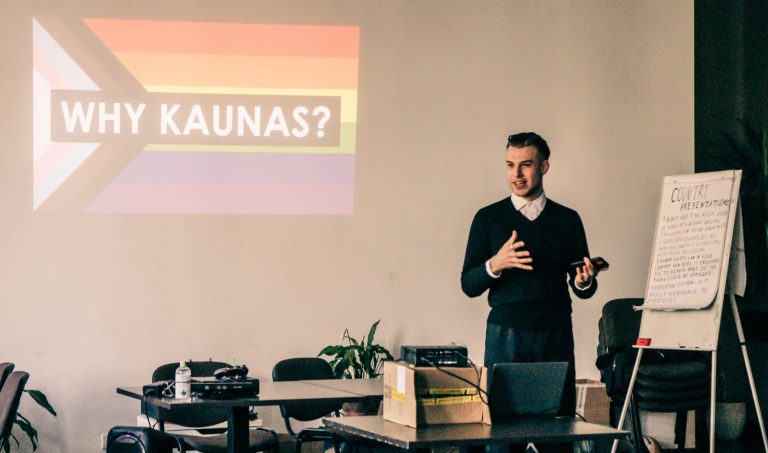 Kaunas Pride – victory in the battle for human rights?

PRIDE – do you know what is the meaning of it?

LGBT Pride Month occurs in the United States to commemorate the Stonewall riots, which occurred at the end of June 1969. As a result, many pride events are held during this month to recognize the impact LGBT people have had in the world. In 1970, pride and protest marches were held in Chicago, Los Angeles, New York City, and San Francisco around the first anniversary of Stonewall. The events became annual and grew internationally.

Prior to the Stonewall riots, LGBTQ people did not usually declare their sexual orientation or identity public, but the incident energized the homosexual community and encouraged increased political action. Seems, that start of LGBT Prides happened a long time ago. But why do we still need it?

Gay pride or LGBT pride is the promotion of the self-affirmation, dignity, equality, and increased visibility of lesbian, gay, bisexual, and transgender (LGBT) people as a social group. Pride, as opposed to shame and social stigma, is the predominant outlook that bolsters most LGBT rights movements. Rokas Garliauskas who participated in Erasmus+ Youth Exchange “Check Your Privilege” declared it when presenting Kaunas Pride 2021. He was one of the main of the organisers, thus, participants had a possibility to hear what is the current situation regarding human rights in Kaunas, Lithuania.

Rokas told us about the history of Pride, the peculiarities of organizing it, and the feelings that flooded Kaunas. You may be surprised, but although Kaunas Pride was considered a successful event, the organizers carried a great deal of fear about the outraged people who radiated intolerance. Meanwhile, the participants felt goosebumps when they heard the difficulties Rokas was facing and saw that this pride in Kaunas laid the foundations for tolerance.

This proves that it is still important to talk about human rights. And although more than 50 years have passed since the first LGBT PRIDE, this protest is still an important weapon in terms of the LGBT community and their inclusion in society.

Volunteering: Benefit for the Community and You