The Istanbul Convention: what is it really about? 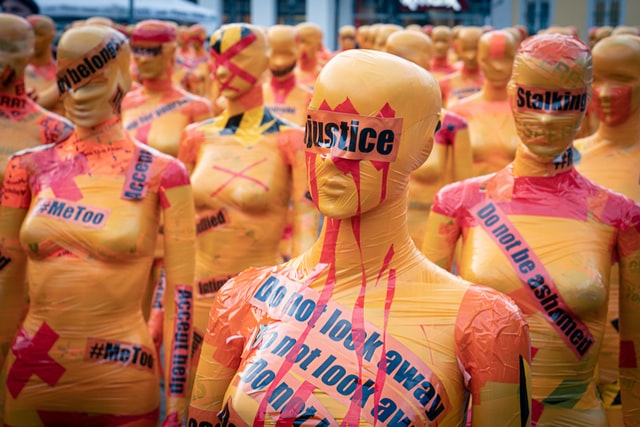 The Istanbul Convention: what is it really about?

The Istanbul Convention is a human right treaty created in 2011, and came into force in 2014 as a tool to combat violence against women and domestic violence. With this treaty, member countries are legally obliged to address all forms of violence and take actions to prevent violence against women, protect the victims, and prosecute the perpetrators.

Despite the clearly stated objectives of the Convention, and the gravity of the phenomenon it tries to tackle, in recent years some religious groups and ultraconservatives are spreading a distorted view of it, especially of the concept of “gender” mentioned in the text. These misleading representations must be denounced and challenged,  informing about the real objectives of the Istanbul Convention: eradicate violence against women and protect women’s human rights.

📌Does the Istanbul Convention apply only to women?

The short answer is: no

However, men also experience some forms of violence falling within the scope of the Convention, such as domestic violence and forced marriage, albeit more rarely and often in less severe forms. The Convention recognizes this, and encourages member countries to apply their  provisions to all victims of domestic violence, including men, children and the elderly.

📌Why does the Istanbul Convention contain a definition of “gender”?

Since the Convention sets out the obligation to prevent and combat violence against women in the broader context of achieving gender equality between women and men, and the treaty often refers to the relationship between women and men and their roles and responsibilities in society, it was considered important to provide a definition of the term “gender.”

The purpose of this term is not to replace the biological definition of “sex” or the term “women” or “men,” but to emphasize that inequalities, stereotypes and, as a result, violence do not arise from biological differences, rather from social constructions, such as the assumptions about the roles women and men have and should perform in society.

📌Is giving more rights to women a threat to the family institution?

The purpose of the treaty is not to regulate family life and/or family structures; nor does it contain a definition of “family” or promote a specific type of family. The Convention calls on governments to ensure the safety of victims who are at risk in their own households or who are threatened by family members, spouses or close partners, which is unfortunately the most common form of violence. Thus, the Convention is not a threat to the family institution, rather a tool to protect individuals from violence in their own families. Also, it does not give more rights to women, it simply make sure their already existing human rights are respected.

📌What does the Istanbul Convention say about sexual orientation and gender identity?

The Istanbul Convention does not lay down new rules on gender identity and sexual orientation, including in relation to the legal recognition of same-sex couples: it simply refers to the principle of non-discrimination  based on legal obligations deriving from other legal instruments, primarily the European Convention on Human Rights and the jurisprudence of the European Court of Human Rights.

The reason why the Istanbul Convention prohibits discrimination on different grounds, including gender identity and sexual orientation is because otherwise it would be impossible to ensure the protection and assistance of all victims of violence, irrespective of their characteristics. Applying the provisions of the Convention without discrimination on the basis of gender identity means ensuring that LGBTQI+  can benefit from support and protection in the face of the risk of domestic violence, sexual assault, rape or forced marriage.

📌 Do developed countries really need this Convention? Are national laws not enough?

Violence against women is a global phenomenon and, as such, it needs to be addressed globally. Developed countries are no exeption: the WHO estimates that of 5400 homicides against women (of 15-49 years old) happening in the European Region, about 2 out of 5 are committed by a current or ex-intimate partner.  The prevalence of non-fatal violence is much higher: about 1 in 4 women have experienced or will experience violence at least once in their lifetime in Europe, and the numbers are currently rising due to the Covid-19 pandemic.

It is therefore evident that no country is free from violence against women, and that national laws are often not comprehensive enough to efficiently tackle this issue and support the victims.

The Istanbul Convention DOES NOT:

It is essential to check information and do not trust the public discussion, which is often disinformed, confused, and hateful. The Istanbul Convention does nothing but an effort to tackle violence and support victims internationally.

Want to know more about other important social issues ✊?

Keep an 👁️ open on our website, where we constantly upload food for thought, and subscribe to our newsletter ✉️, where you will find fascinating insights into worldwide news.