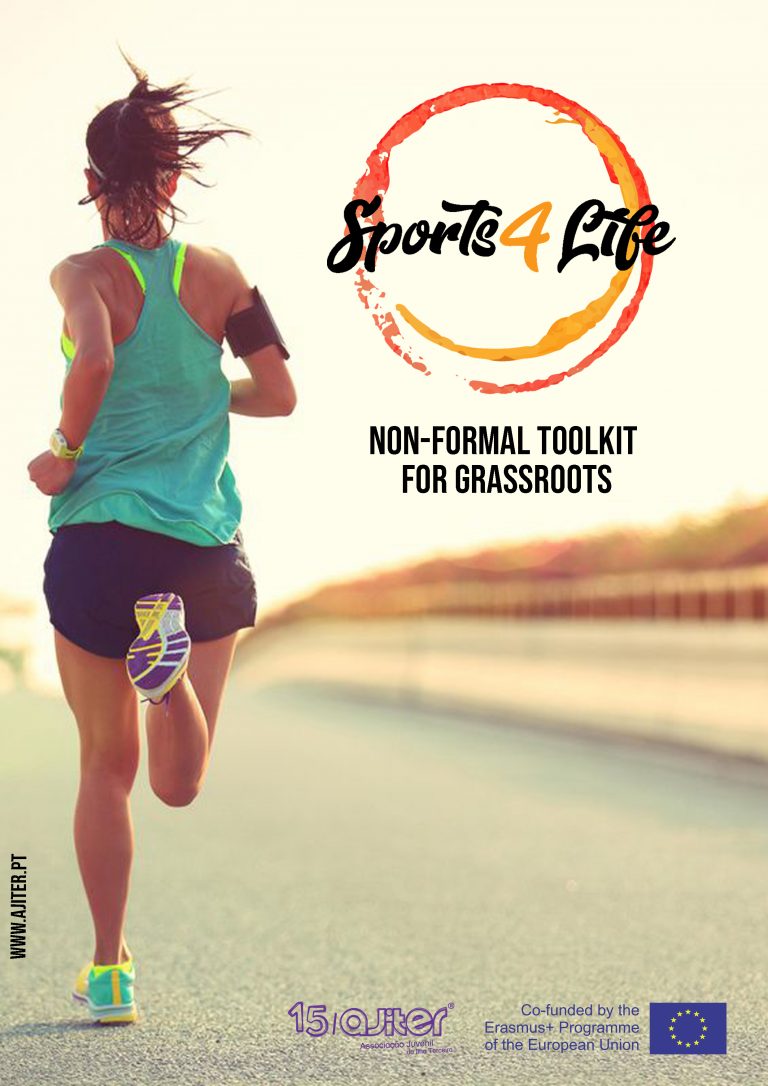 Five international partners collaborated to join in Terceira Island (Azores-Portugal) 27 young trainers and coaches from Portugal, Lithuania, Bulgaria and Greece in an Eramus + Sport project. During an intensive training week, the youth group carried out a series of activities aimed at creating a support handbook for European coaches who work with young athletes and promote grassroot sports. 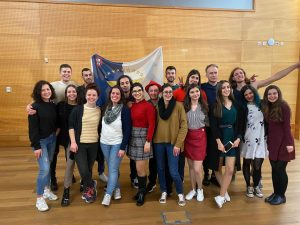 The project is titled “Sports4Life: Non-Formal Toolkit for Grassroots” and is the result of a partnership created between two local associations, AJITER – Youth Association of Terceira Island, and AJFB – Associação de Jovens da Fonte Bastardo, with three other European partners, Champions Factory (Bulgaria), Solidarity Tracks (Greece) and Active Youth (Lithuania). “Sports4Life”  took place between the training room of the Youth and Arts Academy, in Praia da Vitória, and the Porto Martins Sports Pavilion, where AJFB has carried out the training of a large part of its teams.

According to the president of AJITER, Décio Santos, the project constitutes a new challenge for the association, representing a significant investment in the area of ​​international sport. This is an area in which AJITER has been working on in recent years, always seeking to encourage young people to practice sports and adopt healthier lifestyles.

The project aims to place the island of Terceira on the sports map of Europe, encouraging sports practice in the youngest, through the training of coaches from the four countries of the project. To do so, “Sports4Life” is creating a toolkit – a sort of handbook – with drill and activity suggestions, as well as advice for coaches who want to encourage school-age children to practice sports. In reality, the toolkit will contain the results of the training week that took place on Terceira Island, between March 9th and 13th. 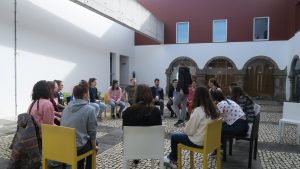 Throughout last week, the 27 young coaches participated in a set of activities and workshops based on non-formal education techniques, built in order to allow each participant to take an active role in their learning process. In addition, the visitors had the opportunity to get to know the island, visiting Algar do Carvão and Furnas, the Rocha do Chambre Trail and participating in an intercultural night.

The idea of ​​“Sports4Life” is to help coaches create a taste for sports in the youngest. To this end, the group of young coaches got together in Terceira to create and test a set of activities that will constitute the toolkit that will result from the project.

Step Back From The Edge

Erasmus+ Youth Exchange “One Step Ahead”