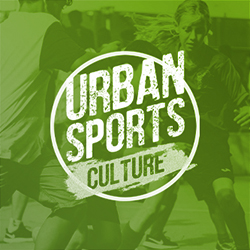 The project aimed to foster youth inclusion in urban environments in Lithuania, Denmark and Sweden used urban sport and culture as a vehicle and instrument.

Urban Sports Culture was a project which is financially supported by the Nordic Council of Ministers Office in Lithuania. It’s team consisted of the coordinators – Active Youth (Lithuania) and three other partners:

The project aimed to foster youth inclusion in urban environments in Lithuania, Denmark and Sweden used urban sport and culture as a vehicle and instrument. The Nordic countries have a long tradition of sport activities being seen as part of civil society movement with a big focus on sport of all and inclusion. In Lithuania, sport is still often regarded as an activity leading to a professional career with focus on competition and results. The role of sport as a tool of engaging youth in urban development, solving problems of health and social exclusion is not yet fully exploited.

Even if the city authorities understand the need to include youth, they often lack methods and facilities to do that. On the other side, the youth also need skills on how to get engaged in city life in a productive way. Therefore, exchanged solutions and experiences between the three countries helped both target groups.

Kaunas, the second biggest city of Lithuania had selected as a Cultural Capital of Europe in 2022, and the city prepared a big program of cultural events actively involving youth. The project was meant to contribute to this process. Also, during project implementation, Kaunas 2022 tried to find ways and learn from partner countries’ cities that had European Capital of culture title (f.e. Umea 2014).

Sport activities in Lithuania are rather dominated by focus on boys and men, therefore, the project also had a clear gender equality aspect. The Nordic examples of inclusion of girls and women into sport for all and sports helped to break stereotypes and contributed to reshaping policies in Lithuania.

Overall goal was to create thriving urban sports communities of youngsters in the partner cities of Denmark, Lithuania and Sweden, with special focus on Kaunas, as European Capital of Culture in 2022. The project provided youngsters with skills using urbans sports and culture as tools for their further active inclusion in programming city development. At the same time, the project aimed to help youth in building new cooperation for sports, cultural and social initiatives, increased the motivation for volunteering, strengthen bonds between Lithuanian and Nordic countries youth organizations, increased social inclusion of vulnerable groups and provide opportunities for everyone willing to do sports linked to health and well being or start their cultural initiative.

THE ACTIVITIES PLANNED FOR THE PROJECT WERE:

May – June 2021: had 4 events in Sweden and Denmark – about equality topics, also included topics from SDG goals 4 and 5.

August – September 2021: had 3 study visits/exchanges – 1 in each of the partner countries: Lithuania, Sweden and Denmark.

November 2021: There were workshops event for NGOs, representatives of municipalities, sports facilities and people of similar profile in Kaunas, Lithuania – to facilitate a dialogue between all actors.

WAYS TO GET INVOLVED

FOLLOW THE LATEST NEWS ABOUT THE PROJECT, UPCOMING EVENTS, AND ACTIVITIES HERE: