Young Lithuanians & Latvians engage the refugee community in the Baltics 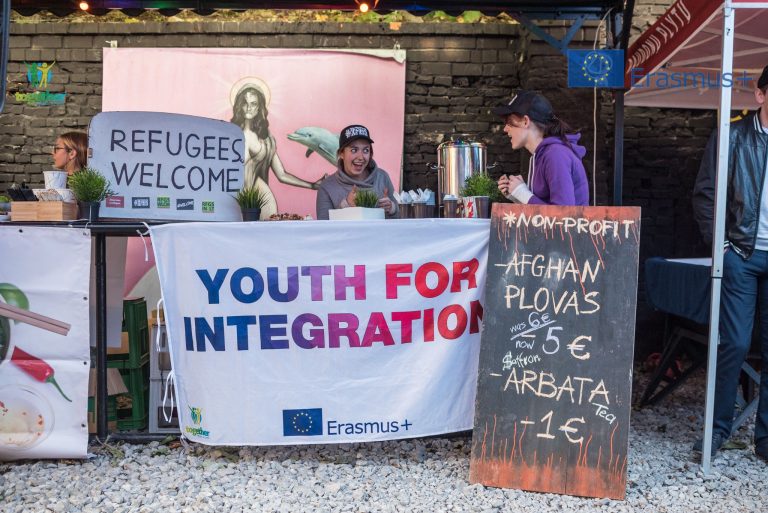 Young Lithuanians & Latvians engage the refugee community in the Baltics

Young Lithuanians & Latvians engage the refugee community in the Baltics https://activeyouth.lt/wp-content/uploads/2018/06/22104799_685265451671311_5247332917214342408_o-scaled.jpg 1900 1269 Active Youth Active Youth https://secure.gravatar.com/avatar/ee0be4abdb693394e2fbd25e84854723?s=96&d=mm&r=g June 13, 2018 September 24, 2020
Since August 2015, more than one million refugees have entered the European Union (EU). Thousands of them entered to Europe through Italy or Greece hoping to settle and build a new life after experiencing conflicts & violence in Afghanistan, Syria, Iraq. Therefore, many asylum seekers were transferred to other EU member countries. In order to ensure successful integration of refugees in the Baltics, Association Active Youth (with other local & international partners) has initiated various activities as part of a wider Erasmus+ project named “Together: Refugees & Youth” (TRY).
Our goal was to ensure continuous integration and social bonds building between refugees & locals. Thus, the project team oversaw over 60 various activities that had been carried out weekly in summer & autumn of 2017. Throughout which youth and refugees worked together in a multicultural environment. This had a multitude of benefits: youth boosted their language skills, the refugees made new friends & useful contacts (which, in turn, help in integration), etc.
Now “Active youth” association has prepared guidelines for similar events aiming for refugee integration and youth empowerment. They can be found HERE.

Most of the refugees that were relocated to Lithuania live in the Rukla refugee reception centre where their chances to meet local people are limited. Therefore, our team and project volunteers had organised part of the events directly there. For example, “Lithuanian Traditional Cooking Workshop” was arranged to provide displaced people with a possibility to learn about the local culture and cuisine. Youth workers together with refugees were exchanging their experiences while preparing and tasting the traditional Lithuanian cold pink soup (šaltibarščiai). During the activity Sana, a refugee from Syria who came to Lithuania under the European Union’s relocation scheme with her husband and three sons, said:
“It is a really nice method [to integrate] because we get to understand the way things are in Lithuania, and the Lithuanians here get to understand us. I have never tried the soup before and I like it.”
Half of the programmes activities were carried out in Latvia. During them both local and refugee youth had a chance to exchange their culture and traditions. Latvian youth workers initiated a number of workshops, such as Handcraft workshop, social business inclusion, picnic and sports. The main idea of these was to search for a tool that could help refugees to use their skills and get self-employed in Latvia or in any other country.
The experience that was gained from TRY events shows, that refugees integrate into the society faster when they receive an opportunity to grow and unlock their full potential. Non-formal and friendly activities with youth give them exactly such a chance.
Learn more HERE.
Recent Posts
Archives
Meta
Share